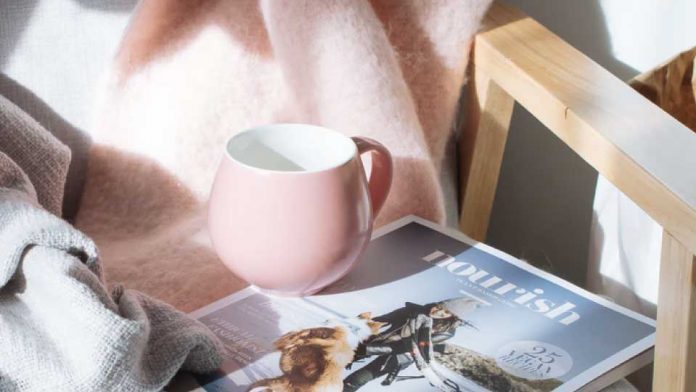 Loneliness can be sticky, cold, rough, warm. Loneliness resembles tea, which can be flavored with sugar or honey. However, some people drink their tea without sugar, and some know how to enjoy pure solitude. Unfortunately, few like solitude, so they exchange presence with themselves on time with beer, computer games and other entertainment. There are reasons for this.

Here are three reasons why people don’t want to spend alone time with themselves:

1. People have an innate trait that they fear being alone. The University of Virginia conducted a study. It turned out that a quarter of the women and two-thirds of the men who participated voluntarily decided to get electrocuted rather than doing nothing and spending time alone with their thoughts.

2. Being alone damages the image. In modern society, it’s fashionable to blame others for their loneliness. Those who are alone are laughed at, while others condemn them. People put a lonely freak label on such people’s necks. Therefore, people avoid being loners.

“Have you seen this one sitting on the bridge looking at the river? Perhaps he’s sad or depressed?”

3. There are people who, being alone with themselves, feel as though they are losing out on something. In fact, by being with yourself, you can discover a much larger world than the world outside.

4. It is related to the fear we experienced as a child. Once, I found my mom’s watch. I was interested in its composition. I wanted to analyze it in detail. Where’s my screwdriver? Unfortunately, I was unable to put the watch back together again. I hid the evidence under the sofa. After a good day had passed, my mom found it. I got scolded and was summarily punished, finding myself in a corner.

Standing in a corner is difficult to do, but this was only the case because of who I was. It was difficult for me because I wasn’t interested in myself. Understand me; I don’t blame my mom. My mom is good, and she did everything right. However, educational institutions don’t teach us to be alone with ourselves. So, I didn’t know what to do standing in the corner. Thus, over time, I got used to thinking that solitude has plenty of downsides. But that’s not true. Therefore, I propose exploring the meaning of these interesting words.

What does spending alone time mean? (A date with oneself and solitude)

Ask the people around you: “What does it mean to be with oneself?” Someone will say that he likes to rest while smoking a thick cigar. Another finds that relaxing requires a TV remote and a large screen. A third one will start playing a computer game in which he has to defeat a few cops in order to pass to the next level. The most interesting thing is that the notion of spending time with oneself is often confused with time off. However, these two things are distinct and need to be separated.

Let’s ask ourselves the following questions.

If you asked Einstein (when he was alive) what it meant to be with himself, he would say that it would mean creating a formula. But let’s face it, you wouldn’t rest too much while creating a formula on a blackboard.

Therefore, I propose agreeing that this article is about the ability to calm down and enjoy silence and peace of mind even if you don’t have a second half. It’s about the ideal date with yourself.

How to spend your ‘Alone Time?’ (a quality date with yourself)

Many articles and books deal with this subject, and reading them can be easily misleading. For example, one of the authors offers three options:

1. Writing in a journal. According to the author, one should rest while writing in their diary. This is partly true, but in my opinion, this is not an easy task. Even if you’re reading a diary, your brain is still dealing with things that don’t provide 100% peace of mind. Writing in a diary reminds me of various things, so this suggestion is unwise. Let’s move on.2. Setting goals. Some people think that by meeting one’s goals, one is spending time with himself! Such a suggestion would only be suitable for those who want to know what their goals are. But for heaven’s sake, why interpret them when the purpose is known? After all, our goal is to devote time to ourselves. So, put your diary aside and concentrate on the essence!

3. Meditating. Yes, meditation is one of the greatest helpers. Thanks to meditation, you can distance yourself from bad thoughts and problems. It’s not easy, so sometimes you need additional helpers—music.

When I was little, it wasn’t easy for me to reach a state of meditation. It would take me several minutes. As a teenager, I had a lot of different problems. Other kids laughed at me in school, so I had a lot of negative thoughts. These thoughts prevented me from being with myself. They ate me as though they were gremlins or crocodiles. Do you remember those creatures from the movies?

I needed something that would help me to relax. It was music. The songs of a group named Enigma were particularly beneficial. Thanks to them, I drowned in the euphoria of peace. However, back then I didn’t know if this can be called being with oneself. Only later did I realize that I was running away from reality. So, meditation is only appropriate when we meditate on the right things. After all, you can meditate on emptiness, on God. For example, Krishna is meditating on Krishna. And if you want to be with yourself, you have to open up to yourself.

You can do this only by paying attention to your emotions. Ask yourself: “How am I feeling?” Answer yourself honestly.

And you, can you understand yourself? I’m talking to you, reader! Where’s your answer?

I know it isn’t easy to disconnect from the system, from this world.

But you have to learn how to do it.

Because it’s worth it.

It’s definitely worth it. Let me present a few of the advantages of doing so.

The benefits of solitude: The importance of spending time alone

Numerous studies have been conducted on the subject. The benefits of being with oneself are clear (I’m talking about high-quality solitude).

1. It improves your quality of life and well-being. These statements are not my own. Research has shown that people who spend time alone with themselves achieve greater emotions of happiness. Oh yes, being with oneself reduces depression and stress! Spending time alone helps stimulate creativity. One of the studies mentions that it significantly increases creativity.

2. It helps to win the war with your inner critic, bad thoughts and habits.
Sometimes your inner voice acts like a badass. He tries to doubt you. Those who devote more time to themselves know how to deal with thoughts, emotions, which means that even with an inner critic…. However, those who have not taken time for themselves, have a hard time controlling their thoughts, which is why their inner critic behaves as he wants and takes the wheel of life into his own hands.

3. It helps you get closer to yourself, accept yourself as you are, and understand your inner self. Solitude can help you move beyond standard thinking.

7 Personal Development Tips That Will Make You A Better Person

What Does Personal Development Really Mean?

The Art of Mindfulness: Appreciating The Little Things In Life