We all have that someone who would throw you out of the window to get what they want in life. Those people who think they should have been born with a silver spoon in their mouth, or maybe they were, but can’t understand why things are not going their way. It’s called entitlement. A lot of people are suffering from the problems caused by these entitled individuals. Despite being the one who’s causing it, they will never admit their fault and always point their fingers to others. To help you to be more aware, below are 4 symptoms you’re dealing with entitled people. 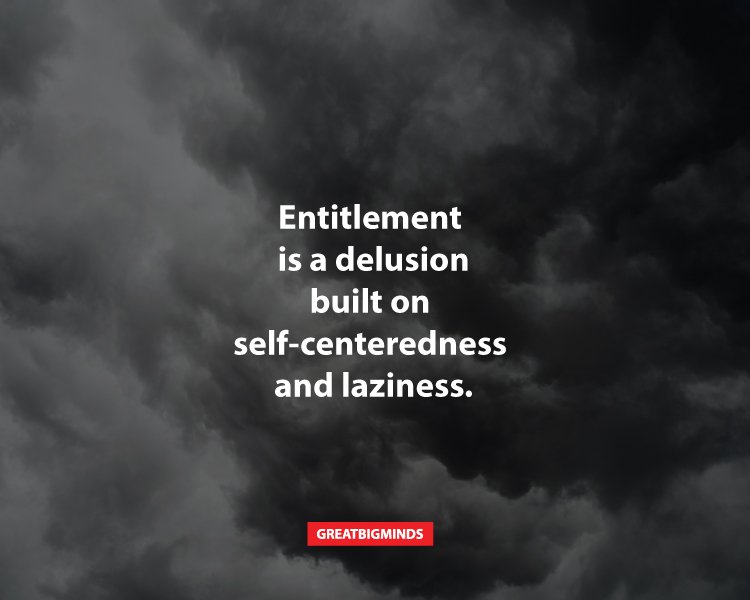 The world revolves around them only

A sense of entitlement means that they only see and care about their own needs. They expect everyone to go out of their way to help them to face life. Whatever help they need from you will become your problem, not theirs. Your list of obstacles in life will keep increasing until your shoulder couldn’t weigh it anymore.

Everything belongs to them

They have no sense of boundaries regardless of whether they want to “borrow” your pen or even your house. They didn’t know the hard work you have to put in to buy the pen or the home. Hence, a sense of pride or ownership does not exist in their minds. What they’ll do is to brag about their “belongings” that’s not even theirs. This kind of human being doesn’t want to admit that they need help to sort out their lives. They’ll keep on demanding, not asking for help. 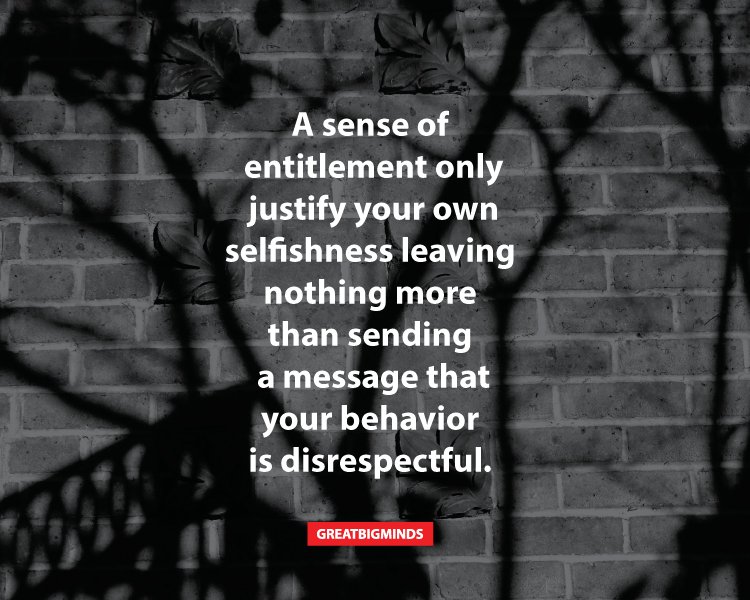 For people with a sense of entitlement, others are not worthy in their eyes. They will just simply cut in front of you at the grocery store or even grab your seat when you get up to get popcorn at the movies. They’re like a vacuum cleaner. All they do is take and take and expect you to willingly give everything to them.

You are their emotional baggage

They may get whatever they want, but in reality, they are not happy. The irony is that they think they can do and get everything but the truth is they don’t even know how to make those things happen for themselves. The worse is that they not only take your stuff without apology but making you becomes their emotional baggage. You’re going to feel tired dealing with these people and trust me they’re not going to change any sooner.