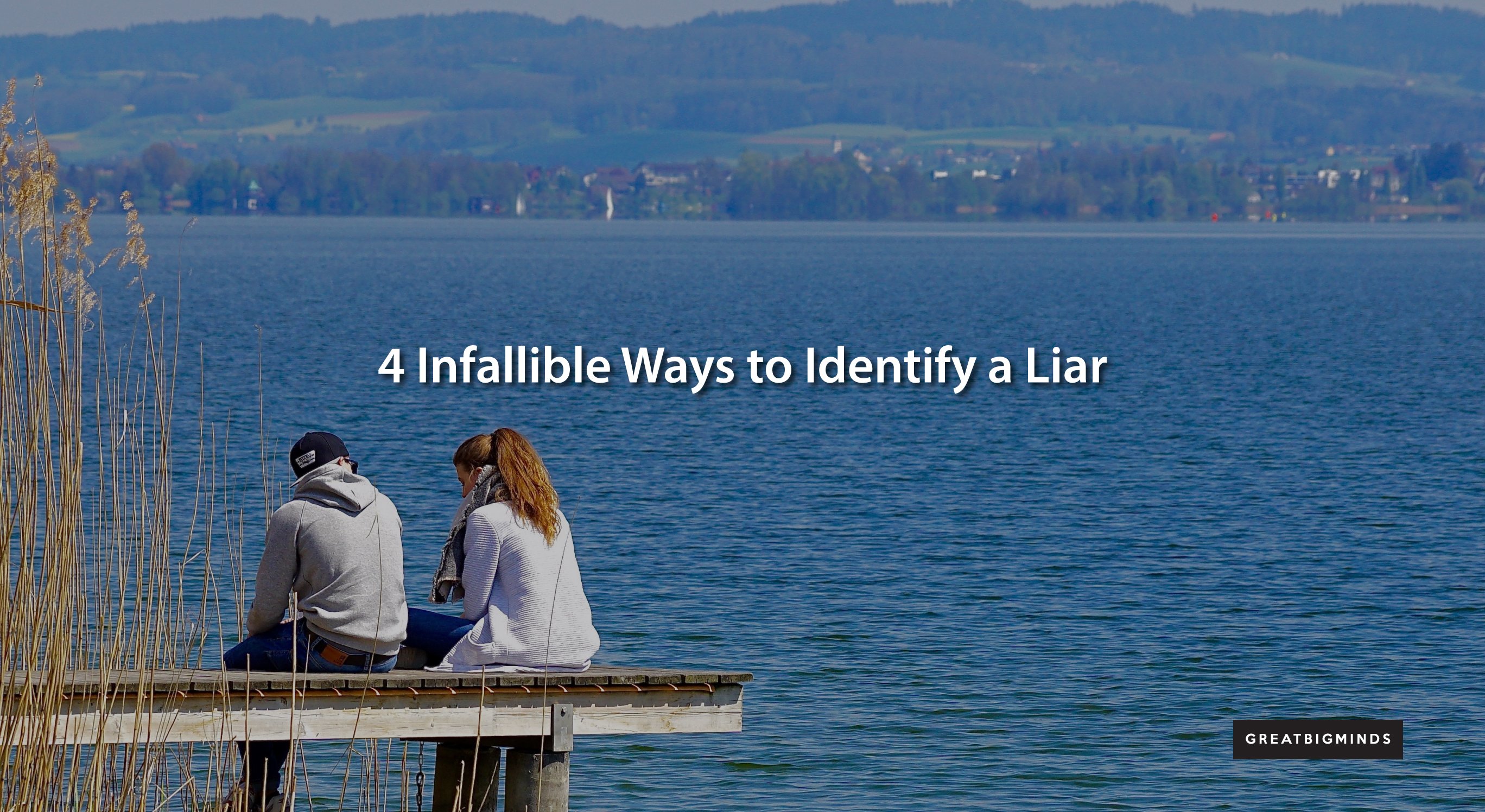 However unpleasant that experience may be, it is an inevitable part of life. Regardless of how little or that lie may constitute, we at Great Big Minds always encourage one to live life authentically and even if it pains you, take that responsibility to admit your mistakes when needed and learn from it.

Based on linguistic textual analysis research, there are prominent behavioral patterns a liar may be exposed to. Here are 4 ways to identify a liar.

1. A liar often avoids being subjected

Watch how they’re speaking. A liar usually avoids putting themselves in the picture. They’ll mislead the truth and occasionally gravitates the matter towards a third party.

2. A liar’s speech derivation is on negativity

Whether they are aware of it, a liar tends to derive their speech attitude based on negativity. This psychological effect happens because subconsciously, they are feeling guilty for their own lies.

3. A liar often avoid the details

They tend to keep terms simple and not complicate things. They somewhat ‘figured’ the simpler it gets, the more vague it becomes thus preventing others to identify any hint of uncertainty within.

Despite not getting into details, they use heavy-laden, excessive words to inflate their dishonest behavior.