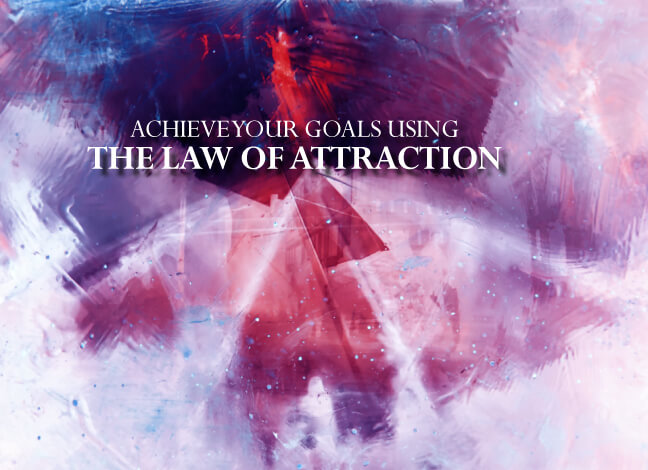 The law of attraction is a concept that most people are familiar with, at least in a broad sort of way.

It’s one of quite a few concepts which have arisen from what is known as the New Thought movement, a pseudo-philosophical, pseudo-spiritual movement founded on principles which appear to have come out of the unpublished work of American spiritual teacher Phineas Quimby.

The groups that have arisen over the couple of centuries since the movement’s inception mostly belong to what is known as the International New Thought Alliance, which is more of an allegiance than anything else.

They tend to take the form of quite simple to grasp concepts that are easily applicable to the average person’s life and rely heavily on a sense in which belief in a system, mental discipline, is more valuable as a tool for life improvement than a more practical approach.

One such concept is the Law of Attraction

The Law of Attraction can be understood to state that you are able to attract into your life that which focus on mentally.

There is an inherent sense to which the logic of this is actually pretty sensible and easy to grasp. However, it is not known the extent to what you are actually able to achieve using this simple principle.

Consequentially, it can be extremely interesting and valuable to discuss the limits to what the law of attraction can bring to your life and what you adoption of it wholeheartedly can achieve for you as you pursue your goals.

So, with that said, let’s take a look at how you can use the law of attraction to achieve all the goals that you have in your life that are otherwise eluding you.

“A belief is only a thought you continue to think; and when your beliefs match your desires, then your desires must become your reality.”

Don’t treat it as a wish-list

One of the problems with the law of attraction is that its appeal is so immediate that it can lull people into thinking that it is a simplified path towards whatever it is that they want.

Upon hearing about the law they might stop, think to themselves about all the various elements of their life which they are dissatisfied about and then assume that they can start checking off that list immediately by focusing on each of their desired elements.

For a start, part of the process of focusing on the positives which we want to draw into our lives is actually accepting the positives that we already have in our lives and exploring how important what it is that we are lusting after really is.

You might think that you want more friends, but in thinking constantly about friendship and the nature of relationships you might come to value your current friends more richly, which, in a sense, means that the law of attraction has worked.

Thinking “I want more money” and thinking about prosperity a lot without exploring it deeper is the road towards achieving nothing with your use of the law of attraction.

It has to be a deeper, more reflective process in which you examine the nature of what it is that you want and the nature of your own perception of your goal as well.

If it’s just a shopping list to you, then this won’t work at all.

Mistaking the future as separate from the present

Aspirations, whatever they may be, involve a focus on a future state.

You might aspire to find love, for example, which means that you are dreaming of when the day comes that you are in a loving relationship.

To an extent, the law of attraction is about achieving things that will come in the future. But the misconception that your approach to utilizing the law is to wish for things you don’t have is a dangerous one, and indicative of having missed the point.

The reality is that for the law of attraction to work, you have to focus on your happiness (or in this example, your romantic side) in the present to achieve future happiness.

It’s very much an important part of the law of attraction that the present experience is far more profound than simply wishing for the day to come when you are fulfilled.

It’s a commitment to the principle of fulfillment in your present life as a way of offering future fulfillment a fertile breeding ground for it to thrive and prosper later in life.

Sadly longing for romance sends out sadness and loneliness into the cosmos, whereas drenching your present life with romantic intentions and an overall sense of romanticism can inspire the change that you ultimately want out of the changes that you are willing and able to make in your life already.

It may seem a little bit of a complex concept, since the purported purpose of the law is to achieve things you currently lack. The easiest way to understand it is to say that the present is the only time when we are able to make the changes that bread the change you want in the long term.

So securing the future you want requires that you start living a present that in its own ways makes the changes you need to make to allow the future happiness which you long for to become your present reality, when the time eventually comes for you.

“That which you think, in any moment, attracts unto itself other thoughts that are like it.”

The law of attraction is largely quite logical, but there is a side to it which requires belief, by which I almost mean faith.

The first step, in many peoples’ books, to unlocking the power of the law of attraction is to develop a steadfast, unshakable belief that anything you wish to achieve, any of your many goals are achievable through its use.

There are elements to it which can make this quite a difficult mentality to commit to, but you actually massively increase your chances of it working if you wholeheartedly commit to the idea that it does work, and it is going to work for you.

If you need evidence that it does work, then just look around at the world.

None of the world is possible without people first having some sense that they want things to be different and then omitting to the belief that that difference is attainable in a very real sense.

With some goals, the belief step to the process is actually the only part that matters.

For a lot of people, lack of self-belief is actually an absolute killer for their goals. By channeling their belief into the law itself they sidestep this issue and have faith that could just carry them over the finish line.

“The truth is that the Law Of Attraction has been answering you all of your life, but you cannot receive the answers unless you are awake.” –Rhonda Byrn

One of the first stops on the path to effectively utilizing the law of attraction to achieve your goals, is a complete survey of your life as it is and an acknowledgement of the things that you have to be grateful for.

The likelihood is that, with the positive mindset that a true commitment to the law of attraction will usually require of you, you will suddenly be able to see clearly all of the things about your present life that are so worth celebrating, before having even embarked fully on the pursuit of those additional things which you want.

In some rarer cases, accepting the need to express gratitude for what you currently already are in possession of can have the unexpected result of eliminating your need and desire to pursue what you previously perceived as necessary and important goals.

This is the law of attraction working in a different sense, and relates to what we discussed earlier, about the importance of the present moment rather than simply doggedly pursuing the future.

In taking a survey of your current life you are quite likely to discover that you have far more than you previously realized, since it is so easy in life to take for granted those things that we always have and to lust after things that we perceive as being desirous or valuable to us.

Realizing that we don’t need those things, we don’t need to achieve those goals is as helpful and health as achieving them, if not more so since it reaffirms in us a sense in which we can be proudly satisfied with what we have been able to achieve for ourselves without the law of attraction.

“The Law Of Attraction states that whatever you focus on, think about, read about and talk intensely, you’re going to attract more into your life.” –Jack Canfield

One of the other issues with the shiny appeal of the law of attraction is the fact that it seems to have been mistakenly adopted as a purely psychological solution to issues which can be as practical as wanting a promotion at work or wanting to learn a new skill.

The psychological element to the law of attraction is, without a doubt, a vital part of the whole thing and one which, as discussed above, can actually achieve everything we need before we even get started.

But the law of attraction requires action as well as thought.

The stage of the process which refers to focusing on our goal, visualizing your success, dwelling on thoughts of what you will achieve and otherwise coating your outlook with a sense in which you are committed to achieving your goal, isn’t a purely psychological step, it’s a practical one too.

You need to work at making your life as well set up for success, for introducing these new elements into your life as possible.

If you look for romance, you can’t just sit in your room and dream about romance, you have to set up your life with the correct openness needed to accept the romance into it when the time comes.

Whatever the goal, it will normally mean opening yourself up to possibilities, to people and working in a real sense towards priming your life in a practical way for achieving your goals.

“How you vibrate is what the Universe echoes back to you in every moment.”

One of the biggest issues people run into is working out what they really want.

There can be a whole host of ways in which you are able to mistake what it is that you really want to achieve.

If you happened to then achieve financial gain you might start to realize that that wasn’t your problem all along.

This is why it is vital that the early parts of this process are done with a great degree of seriousness.

It’s not simply a question of picking something that you’d prefer to be different in your life, it’s about finding the thing that you most want to change, that has roots deeply embedded in your daily life.

Once you think you’ve identified the area in which you want improvement you need to focus.

This process will confirm to you all you need to know to affect the changes you truly want.

The law of attraction can be an incredibly powerful tool in the right hands.

It can seem obscure, outlandish or even unlikely as a method for achieving your goals, but in truth, it’s an extremely valuable way of analyzing yourself, your life and working towards a long-lasting sense of happiness and satisfaction.