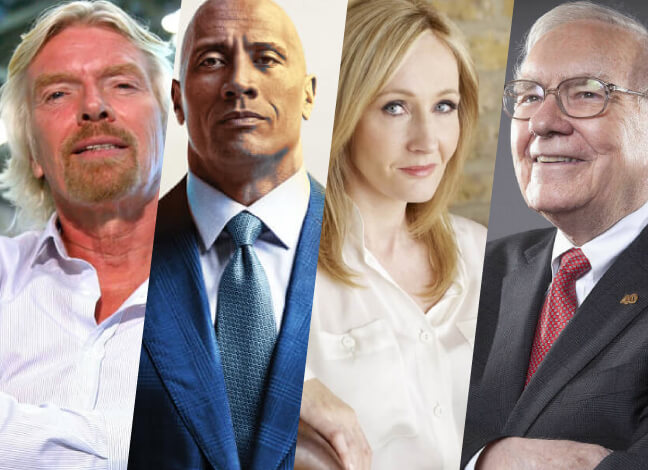 There is a quote by Wallace D. Wattles where he wrote in his book The Science of Getting Rich, “It is the natural and inherent impulse of life to seek to live more”. By that definition, to live more automatically translates to being successful.

Today, we have encapsulated the idea of becoming successful with fame and fortune. We worked so hard in order to reach that definition of success. However often times, we neglect the things that could have matter more.

Is being famous and having lots of money truly sums up what success is all about?

Here are 14 greatest achievers of the world today with their explanation of what success means to them. 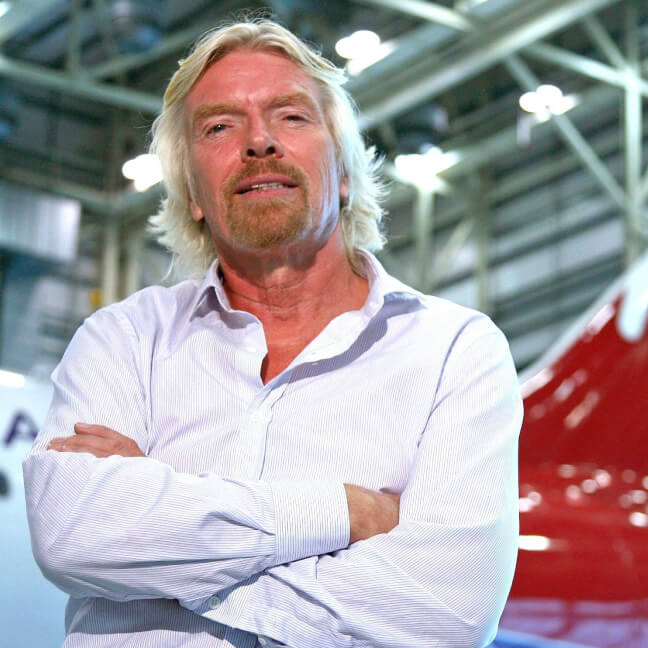 Sir Richard Branson defines success as being committed with your passion.

A huge business magnate with a net worth as much as $5 billion, being successful to him means having the utmost passion and commitment in all that he does.

“My definition of success? The more you are actively and practically engaged, the more successful you will feel.” –Sir Richard Branson

JK Rowling believes success is about giving back.

Prior to becoming one of the bestselling novelist of all times, she was a single mother living on welfare. Despite becoming the first ever author to make the Forbes billionaires list, she was later dropped off due to her philanthropic endeavors, an estimated $160 million (16 percent of her fortune) she donated to charity.

As seen quoted in the Telegraph, she mentioned, “I think you have a moral responsibility, when you’ve been given far more than you need, to do wise things with it and give it intelligently.” 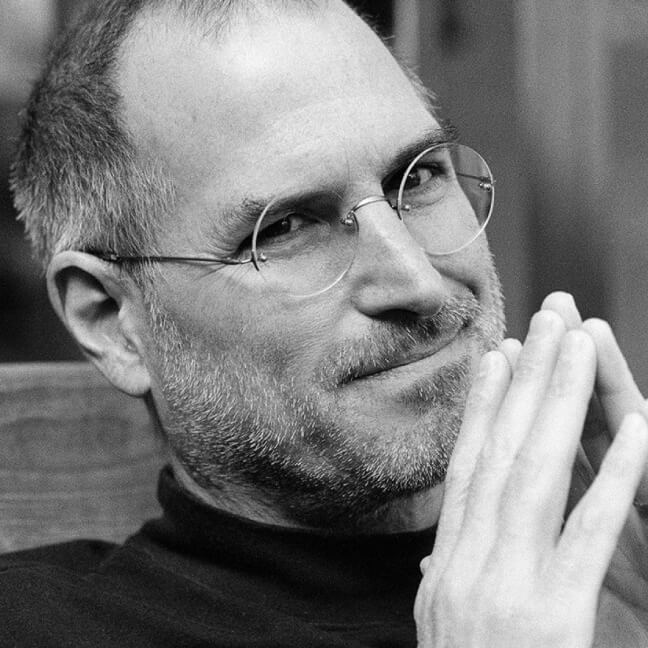 Steve Jobs says success is about changing the world.

The late Steve Jobs has remarkably changed the way we look at technology. In an interview, he was seen mentioning that success meant changing the world.

“Life can be much broader once you discover one simple fact and that is everything around you that you call life was made up by people that were no smarter than you and you can change it. You can influence it.” –Steve Jobs 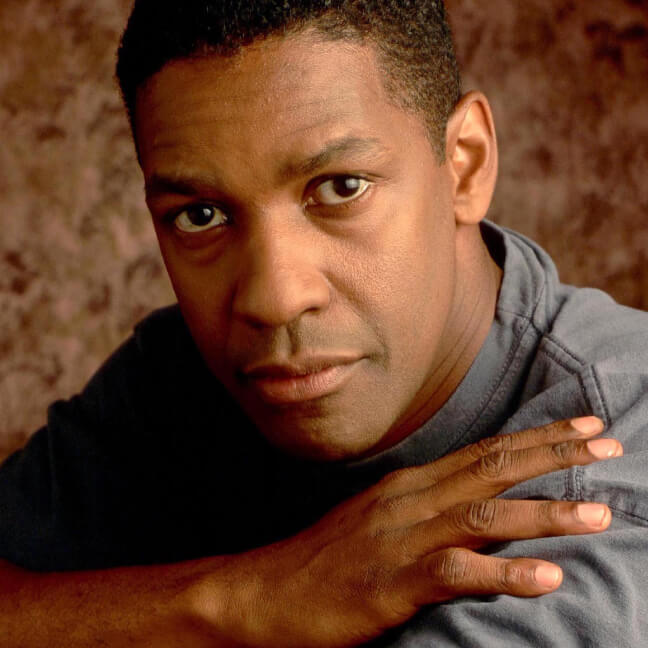 Denzel Washington says that awards aren’t everything but what matters is how you’ll make a difference.

An award acclaimed actor, director and producer, Denzel Washington describes his success not by his mere achievements but how he could apply them to benefit others.

“At the end of the day, it’s not about what you have or even what you’ve accomplished. It’s about who you’ve lifted up, who you’ve made better.” –Denzel Washington 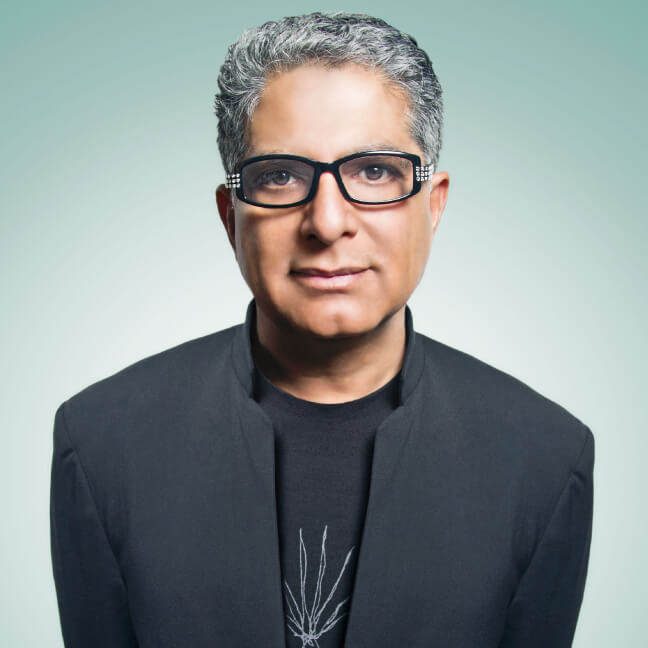 Deepak Chopra taught success as an act of continuous growth.

Best known as one of the most prominent figure in the New Age movement, in his book The Seven Spiritual Laws of Success, “Success in life could be defined as the continued expansion of happiness and progressive realization of worthy goals”.

As for Deepak Chopra, success is a progressive journey of continual growth. 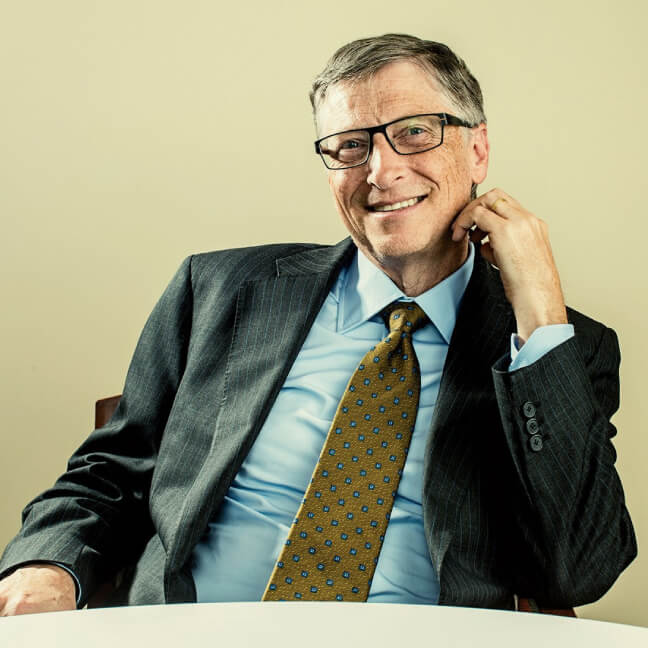 Bill Gates says success is measured by those that are around you.

Known as one of the richest man in the world, Bill Gates said the measure of success is whether the people around you are happy.

Despite him being a notable figure, he ensured that his loved ones in his life are happy and cared for. Not only so, he is also known for his charitable endeavors. 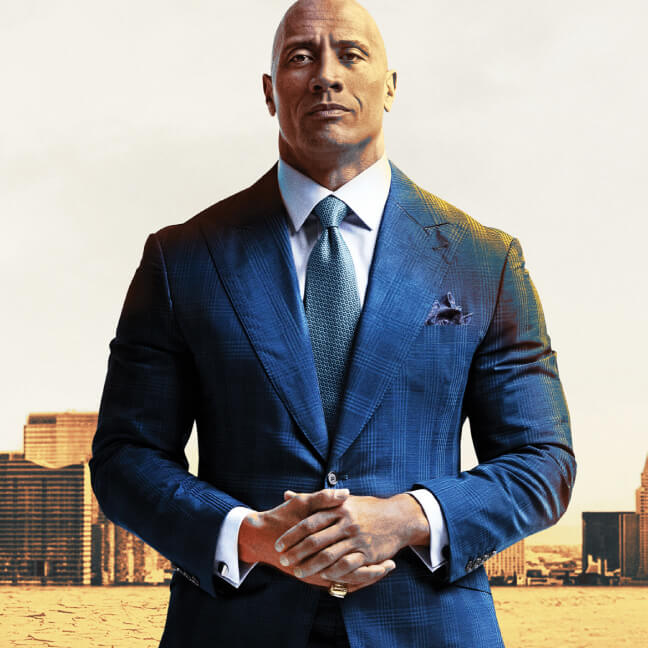 Dwayne Johnson described his success as an act of self-discipline.

Former wrestler to now Hollywood mogul, he contributes his success by sheer persistence and self-discipline he put into everything that he does. 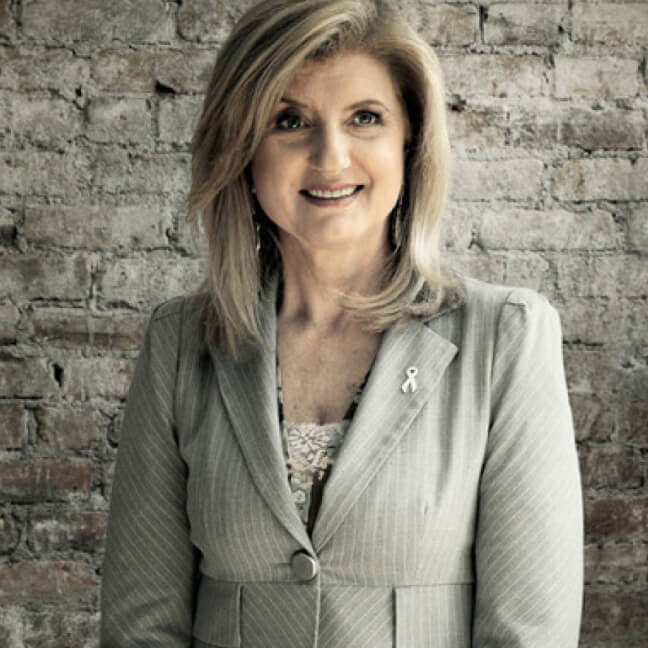 Arianna Huffington, co-founder of Huffington Post mentioned that besides money and power, taking care of our psychological life is crucial for success.

While we all measure success along two metrics – wealth and power, our inner well-being is as equally important.

“To live the lives we truly want and deserve, and not just the lives we settle for, we need a Third Metric,” she told Forbes’ Dan Schawbel, “a third measure of success that goes beyond the two metrics of money and power, and consists of four pillars: well-being, wisdom, wonder, and giving.” –Arianna Huffington

Taking care of ourselves physically, mentally and spiritually are magic keys to happiness and success. 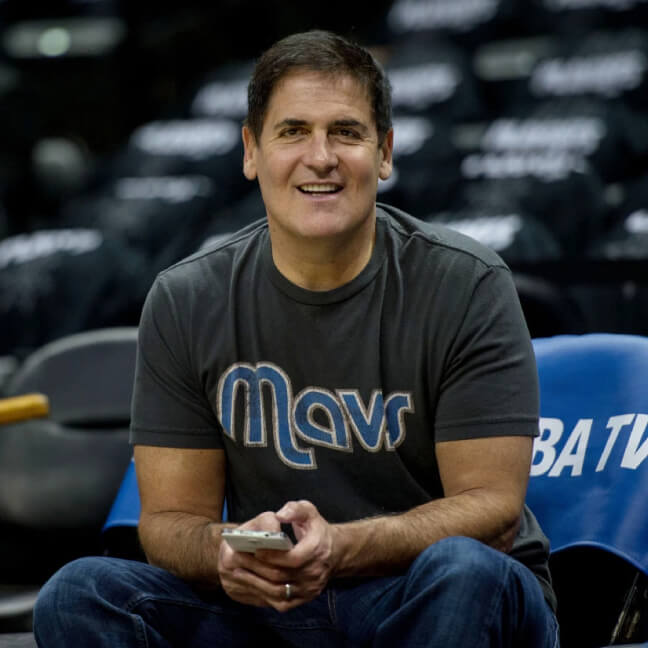 In an interview, he shared that,

“To me, the definition of success is waking up in the morning with a smile on your face, knowing it’s going to be a great day. I was happy and felt like I was successful when I was poor, living six guys in a three-bedroom apartment, sleeping on the floor.” –Mark Cuban 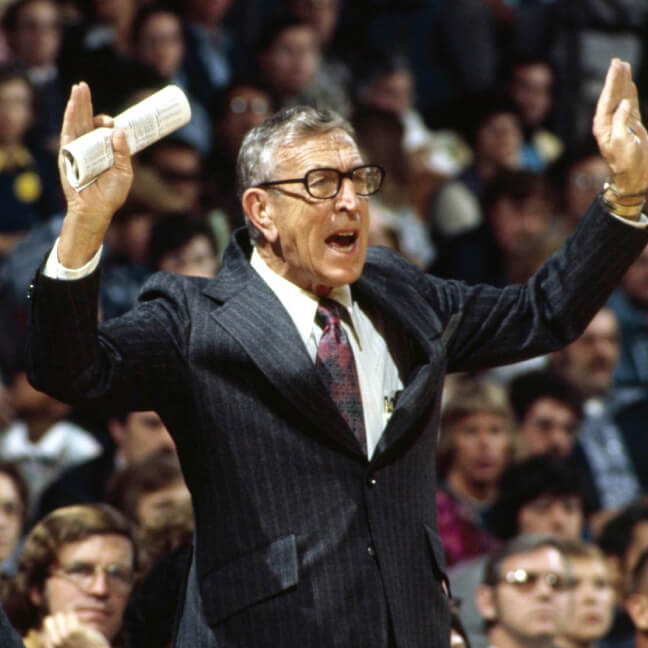 Legendary basketball coach, John Wooden described success as a matter of self satisfaction.

Regarded as one of the best basketball coaches of all time with 620 victories and 10 national titles, John Wooden believes that challenging yourself and reaching your fullest potential matters more than competing with others.

As one of his famous quotes suggest,

“Success is peace of mind which is a direct result of self satisfaction in knowing you did your best to become the best you are capable of becoming.” –John Wooden 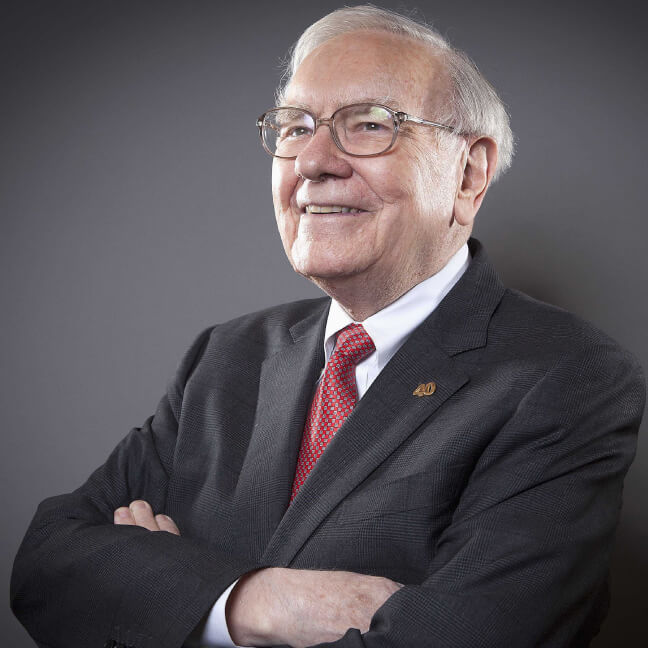 Listed as one of the richest man, legendary investor Warren Buffett values relationships above everything else.

Branded as one of the top richest man in the world, money is not how he define success with. Instead, the number of people who valued and loved him is what counts. 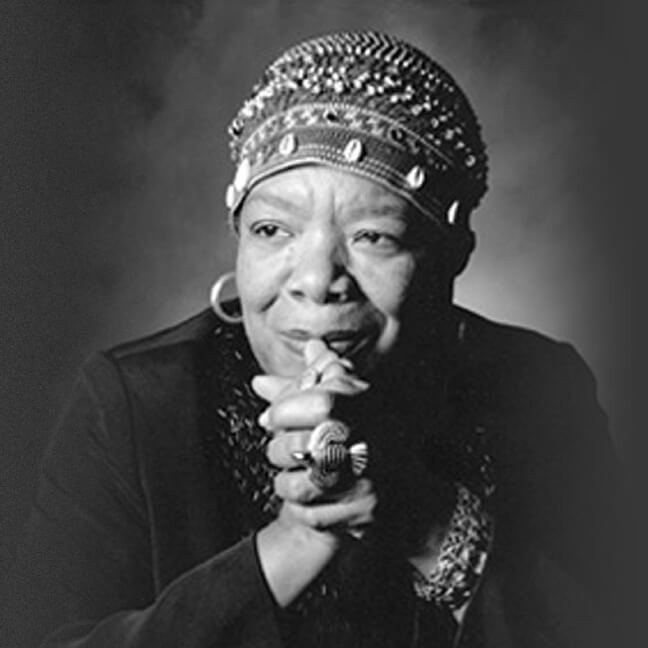 Acclaimed author, Maya Angelou describes success as loving what you do.

The only way to enjoy your work is to love what you do. If you love your work, everyday is already success for you.

“Success is liking yourself, liking what you do and liking how you do it.” –Maya Angelou 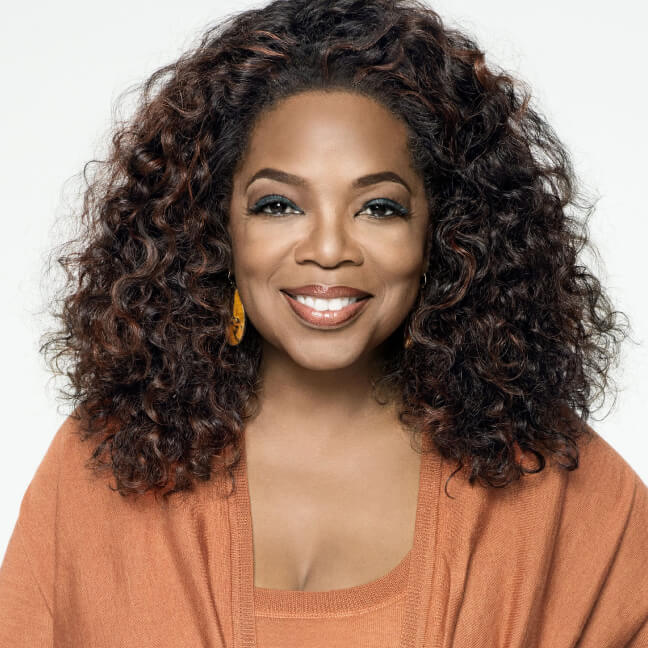 Celebrity host Oprah Winfrey says success is about making an impact and having the fulfillment to be part of a greater service to life.

With numerous charitable organizations and projects, Oprah has turned the life for betterment for many around her. Despite being regarded as one of the wealthiest women, Oprah never fails to make a difference in the lives of those less fortunate.

“The key is not to worry about being successful, but to instead work towards being significant – and success will follow naturally.” –Oprah Winfrey 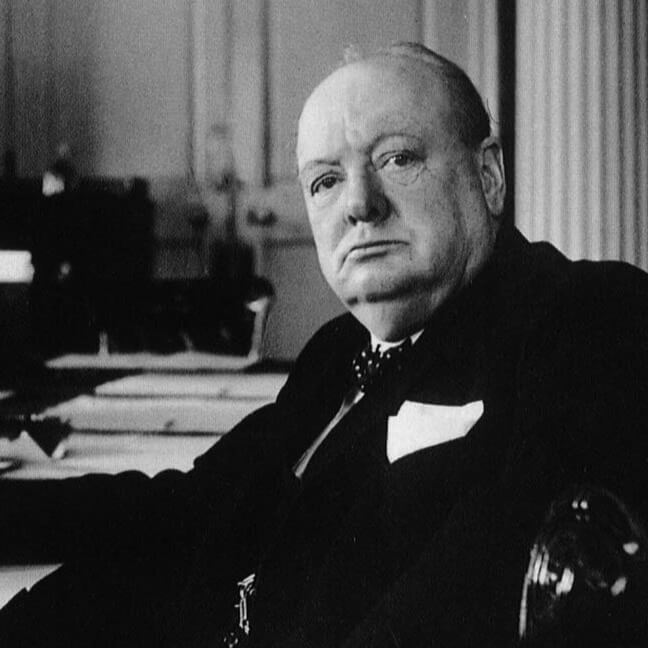 Despite suffering failures, Winston Churchill never gave up and continue to strive forward; now making him one of the most notable historical figures of the 20th century.

His multiple failures are what prepped him to become a remarkable leader. He defined success as,

“Success consists of going from failure to failure without loss of enthusiasm.” –Winston Churchill

Perhaps, fame and fortune shouldn’t necessarily be the corner stone of what drives you.

How will you define your own success now?