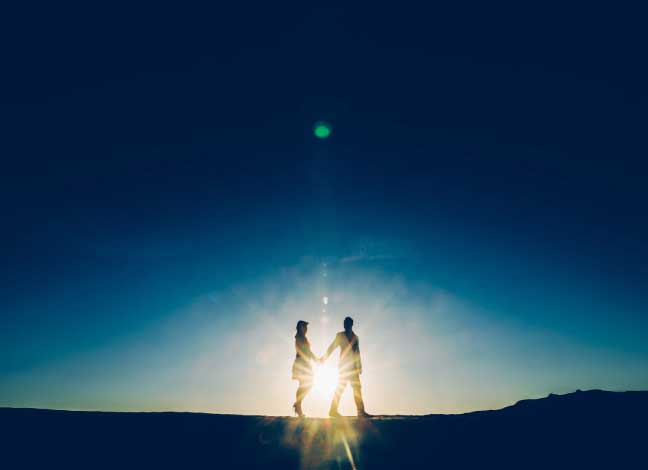 “While some pain is probably inevitable in all relationships, successful couples are usually the ones who are able to forgive.” ~Ilona Boniwell

Whether you’re aware of it or not, every romantic relationship you have had and will ever have, will have a profound psychological effect on you.

Whether it’s a healthy, happy one, or an overtly toxic one, there are certain aspects of the psyche that all relationships touch in a positive or negative way.

There are numerous papers and research projects which delve into the link between relationships and the health of the mind.

Brooke Feeney of Carnegie Mellon University and Nancy Collins of University of California at Santa Barbara sought to discover how relationships could either help or hurt ‘thriving in life’.

In 2018, Roberson, Shorter, Woods, and Priest, co-authored a ground-breaking study which examined intimate relationships and their intrinsic link to various health behaviors.

But in spite of which school of thought you go with, one thing is constant: there is always some kind of effect on a few key factors of the human mind, and here we take a deeper look into what they are.

It’s probably not too hard to fathom that relationships are a huge factor in an individual’s overall happiness.

Toxic relationships are responsible for unhappiness. Healthy relationships result in a higher degree of happiness. But it’s more than just what’s on the surface, nor is it as cut and dry as that.

When couples are communicating in a positive way, it’s not just the actual interaction which incites the higher level of happiness.

Trust, security and feeling loved send positive signals to the brain which essentially determine how happy a person is.

But, in spite of how healthy a relationship is, unhappiness can still ensue, and it’s all relative to an individual’s personal needs and how much weight they place on certain aspects of a relationship.

For example, a person in a typically toxic relationship, whose value of ‘x’ trait is equaled by their partner, might actually be happier than a person in a ‘healthy’ relationship who experiences an imbalance in expectation and reality.

No matter who you are, it’s often the case that a relationship can go some way to diminishing your sense of self as you gradually migrate from a ‘me’ to an ‘us’. And this can either be positive or negative, depending upon your perspective.

When entering a new relationship, it’s easy to get caught up in it being ‘just the two of you’, and that’s fine, as long as it doesn’t become all-consuming.

You’ll have seen it before, that couple who completely forgets their friends and family in favor of spending all their time with one another.

The vast majority of relationships undergo this to some degree, but it’s the level to which this removes the individual’s sense of self which really has side effects.

For some, it’s not the all-consuming first months of the relationship that’s a problem, it’s the sense of purpose (or lack of) which follows.

The things they happily sacrificed at the beginning of their relationship become the things which strip them of their sense of self.

Relationships can either build you up or break you down when it comes to self-esteem.

Constant reassurance from a partner that you’re beautiful, you’ve done a great job or you made the right decision do wonders for building self-esteem.

Conversely, quips that you’re stupid, you weren’t right or you made yet another awful meal, even if said in jest can break even the most confident of people and lead to self-doubt and a lack of self-confidence.

Either of these two scenarios can actually happen in typically healthy relationships, it’s not simply toxic relationships which lead to a decrease in self-worth.

Stress comes in all shapes and sizes, and there’s no right or wrong reason to feel stressed out. When it comes to couples, the feeling of stress can be born out of a perceived lack of understanding from the other party.

It’s how couples deal with this that determines how much this will affect their psychological health.

When it comes to relationships, pressure to be perfect, impress the in-laws or keep the household running can be compounded by the lack of understanding or care from the other party (which can often be as a result of not communicating that the stress is even present).

Conversely, the stress levels can be reduced when couples actually talk about it and deal with it… or feel like their partner isn’t placing the stress on them in the first place!

In any case, the psychological effects of a relationship are relative to the individual.

Contrary to what many may think, couples in long distance relationships may actually experience less negative psychological effects, and it’s for one key reason: their values, goals and expectations are generally more aligned than those in close-distance relationships.

Already on the back foot, and expecting certain psychological implications, couples with physical distance between them are often better equipped at both identifying and dealing with issues of the mind that happen to come their way.

So, next time you’re worried about how your relationship is affecting your mental, emotional and physical health, look at your values, identify whether your needs are being met, and more importantly, communicate!