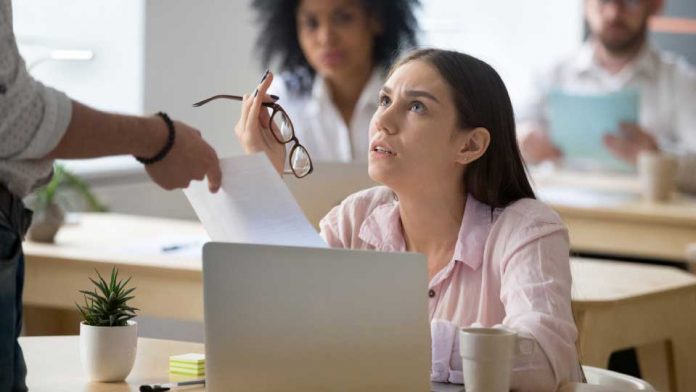 Some employees are good workers but lack the kind of personality that will get them very far in the company. Others are exceptional employees and could be potential threats to a boss’ position. These employees may be determined to take over the company one day. Therefore, they may act in ways that win more enemies than friends and because of that, here may be subtle signs your boss wants you to leave.

When people are working hard to get to the top, they may be easily angered and annoyed, experiencing feelings of burnout and tiredness, and maybe bossy in their actions, such as going over management’s head without addressing issues with him or her first. These same people may not take constructive criticism very well either since they feel they already know the job. At times, these employees may avenge themselves by insulting a boss in small ways whether jokingly or not.

Managers, supervisors, and corporate figureheads usually spot their threats and/or troublemakers, but if these employees are showing up for work, getting duties asked of them done, and overall doing a good job, it can be difficult to put employees on probation or fire them if they have done nothing wrong to would warrant such actions—especially if a boss, unfortunately, has befriended them too.

There is some truth to the adage about never mixing business with pleasure. So what might be some signs your boss is threatened by you?

1. Signs your boss doesn’t like you: Be more critical of an employee’s work.

Sometimes a boss will begin to point the finger more often at an employee’s errors, whether small or large, in the hopes that two things will happen: The employee, who may be acting bossy lately, may be humbled or frustrated. This way the employee will either stay in his or her place or start thinking about walking out the door.

Either way, a boss (also a friend to the employee) may reason that he or she won’t have to put the person on probation and cause him or her possible feelings of resentment or fire this person and lose a good friend. Whatever happens, the boss just wants the potential “problem” to go away.

2. Invites to outside activities lessen.

The boss may have been frequently asking the employee to attend different company-related events and perhaps personal ones as well, but he or she was often rejected. Some bosses don’t take rejection personally, but others do.

Too many rejections too soon leave one feeling jilted. So a boss may start thinking, “I remember I could ask him to go to anything and he would just go…” This boss may not be thinking about an employee’s recent personal circumstance, which may have made him less available for after-work events.

3. When your boss gives you no work or offers to assist with duties decrease.

There may have been a time when the boss worked with an employee to ensure a project got off to a good start, but gradually his or her involvement lessens. Now, this could just mean that he or she is becoming busier with other tasks.

However, there are those bosses who will begin to help an employee less because they see that his or her work may be drawing the attention of the top management. So a boss may do or say some things that may cause an employee to stop shining so bright and therefore, make the boss stand in the spotlight.

4. Signs your boss is threatened by you: Avoids lunch with employees.

There may have been a time when the boss invited an employee to lunch at least once or twice a week, but lately, he or she isn’t interested in sitting down with the employee in that setting. Now, this might be nothing more than just a simple change in preference, especially if the boss has recently started reading or exercising during his or her lunch hour.

5. Shorter meetings that don’t allow for any feedback from the employee.

The boss tells the employee what to do, the meeting adjourned. Now, this may not have been happening before. However, since it has been going on recently, an employee may begin to feel like the boss no longer cares about his or her input.

If this is the case, then the individual will need to confirm that his or her feelings are correct. The employee can make a separate appointment to discuss a specific matter then sit back and watch his or her boss’s reaction. If there are no questions asked, no encouragement to pursue an idea, no advice on addressing a concern or anything else mentioned from the boss to make the employee feel heard, then the boss may no longer care about his or her employee like once before. Like intimate relationships, work relationships change too.

Read more: 5 Tips To Help You Be A More Resilient Employee

6. Signs your boss is trying to get rid of you: Insults an employee in front of others.

People will often make jokes or snide remarks with others who are okay with that sort of behavior. However, if the employee has noticed an increase in negative statements, this is a clear sign that there is something about the employee that bothers him or her. It would be best to address the matter with the boss to be sure that business has now become personal.

7. Signs your boss wants you gone: Encourages an employee to seek employment elsewhere.

Sometimes bosses can be quite bold, especially after a disagreement, and say something like, “Well, if you are not happy here, why don’t you just find another job?” Others will be more subtle, “Did you ever consider applying for a position in another department?”

The key is to pay attention to how soon the suggestion to seek another position was made since the last disagreement. Repeated suggestions should be a red flag, “I wanted you out of here, like yesterday!”

8. Gets others to report back to him/her about your daily actions.

Some employees are so comfortable, cool, and cocky about their positions that they fail to remind themselves that they can be dismissed at any given moment. However, the nice boss who considers himself or herself to be “fair and reasonable” will get others to look out for him especially when he is away. “So how long was he in his office? How soon did he leave after I left? How long was she at her desk talking on the phone? Do you know if he used the company car or his car to run an errand? Were they on time for work this week? Where did they go after the meeting?”

Bosses who want employees gone will start building a file on them. However, the file may get trashed if the employee picks up beforehand that he or she is no longer wanted.

Read more: How To Deal With Discrimination In The Workplace

9. Signs your boss wants to fire you: Use psychological warfare to push an employee out of the company.

Earlier, it was mentioned about pointing out an employee’s faults repeatedly to frustrate him or her or suggest a position elsewhere to get an employee’s thoughts going about leaving. Well, there are other ways to get a person out the door a little faster without firing them that are downright mean, such as: make the employee work overtime daily and disrupt their vacation time, blow up an existing problem and place blame, tell lies, and spread rumors about them or worse, steal from them.

All of these sneaky ways are designed to stress the employee so much that he or she will start putting those resumes out to other employers. But wouldn’t this cost the company money to lose an employee then look for his or her replacement? Not for the company or department that needs to cut back on spending. An honest boss wouldn’t stoop so low, but a dirty one will, especially if he has heard that a potential employee may be in line for his job for less money.

10. Gossip: The oldest way of finding out anything about anyone is through the rumor mill.

Employees observe their boss and closely listen to his or her conversation with others. Those who have access to a boss’ emails may not keep sensitive information to themselves or themselves, as we see with the sheer number of confidential documents circulating the Internet.

So a good way to know that a boss is tired of a certain employee is to listen to what others say and observe the behavior of those around the office. Are people who once were quietly doing their work now talking amongst themselves every chance they get? Are you getting offers to have lunch with co-workers who never asked before? These are good indications that something is about to “go down” at the workplace.

Before reaching a conclusion based on these 10 signs, do consider others that may be ongoing. Avoid focusing on just one sign and determining from a single one a boss wants an employee gone. Sometimes a boss can simply be tired of certain employees, need a vacation, or no longer likes his or her job.

However, it doesn’t mean that he or she will start pushing everyone out the door. Use your judgment and continue to do the best you can on your job. Who knows, you just might be promoted.