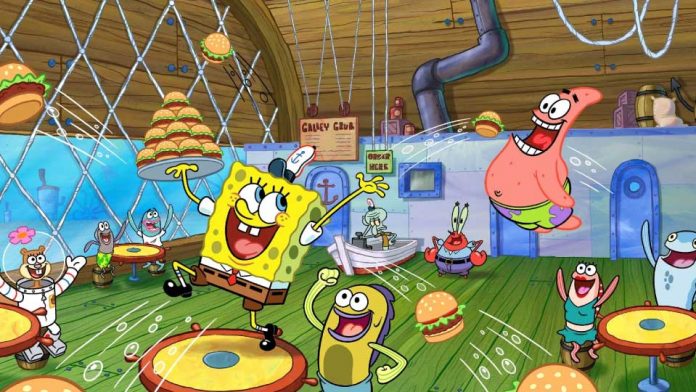 SpongeBob is one of the oldest American animated TV shows ever made. Created over 20 years ago, the show is still soaking up the love and has was won lots of awards including 4 Emmy Awards. And the reason is quite clear – the characters are relatable. There are a lot of SpongeBob quotes that teach us important life lessons.

The cartoon tells a story of a square yellow sponge named SpongeBob SquarePants who lives in a pineapple under the sea with his pet snail, Gary. When SpongeBob is not working as a fry cook at the Krusty Krab, he is busy making trouble with his starfish best friend, Patrick. His neighbor, the arrogant octopus, Squidward Tentacles, hates SpongeBob because of his childish attitude.

We may remember SpongeBob because of his jokes but aside from the fun, there are lots of life lessons he throws at us. Below is a collection of SpongeBob most relatable and funny quotes;

Iconic Spongebob quotes about himself

"SpongeBob: “What do you usually do when I’m gone?” Patrick Star: “Wait for you to come back.” – Spongebob and Patrick  Click To Tweet

Read more: 99 Funny Shrek Quotes To Channel Out Your Inner Ogre And Humor

Best Spongebob quotes about another planets

Iconic Spongebob quotes about being single

“Once upon a time there was an ugly barnacle. He was so ugly that everyone died. The end!” – Patrick Star  Click To Tweet

Funniest Spongebob quotes about his life

"Sometimes we have to go deep inside ourselves to solve our problems." *jumps inside Spongebob's mouth” – Patrick Click To Tweet

Which of these Spongebob quotes can you relate to?

There is no other animation like SpongeBob. The show delivered more than just laughs and stood out for one reason – it is intended for all ages; it never gets old. Even as adults, we still find ourselves turning on the TV to watch this animation.

Our parents may have this confused look on their faces as to why an adult would sit with children watching SpongeBob. But they do not have an idea how highly rated the animation is. Despite how weird the characters are, we can’t help but love them and share in their struggles.

SpongeBob constantly reminded us to always approach things with a positive mindset and that it is okay to fall sometimes. What matters is that we never give up. Hopefully, the SpongeBob quotes above have lightened up your day and brought a smile to your face.

Which of these quotes can you relate to? Feel free to share with us in the comment section below.